To assist you in understanding your benefits provided by the Northern California Glaziers, Architectural Metal and Glassworkers Pension Plan, this section contains brief definitions of a number of terms commonly used when explaining the Pension Plan. Other terms may be defined elsewhere in this booklet. As with any of the descriptions contained in this booklet, the actual rules and regulations of the Pension Plan govern how they are applied when determining your benefits. 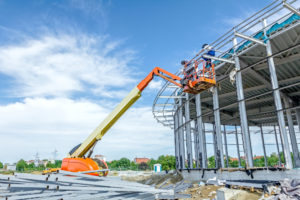 Covered Service
Work under a Collective Bargaining Agreement which requires an Employer to contribute to the Pension Trust.

Noncovered Glazing Service
Any kind of work which is

Normal Retirement Age
Attained under any one of the following circumstances:

Plan Year
The period from July 1 of any year through June 30 of the following year. It is the 12-month period used to determine Vesting Credit and Benefit Accrual Credit.

Qualifying Contributions
For service after June 30, 1974, all contributions required to be made to the Plan on the Participant’s behalf for Covered Service. They include any pension contributions diverted to the Northern California Glaziers Excess Benefit Plan after July 1, 1999. However, they do not include those earmarked to be used for supplemental payments for retired Participants or to improve the overall funding of the Plan.

Union
Any local union of the Glaziers, Architectural Metal and Glass Workers Union which qualifies as such under the Trust Agreement, and has collective bargaining agreements with Employers requiring contributions to be made to the Plan on behalf of Employees who work in Covered Service.

Vesting Credit
Years of Service Credit used to determine a Participant’s eligibility for benefits. It includes hours of Covered Service and Connecting Noncovered Service. (NOTE: Credits may also be earned during certain non-working periods under conditions specified in the Plan.)